Ask For An Update

YOU MADE IT POSSIBLE !

GoSports Foundation has successfully raised funds & reached the goal amount. We thank all the 1 generous supporters for their kindness.

Be Part of Her Incredible Journey! GoSports Foundation is an independent, professionally managed and donor-funded organization focused on strengthening the future of Indian sport.

We have directed our projects and programmes toward providing crucial financial and non-financial support to our nation's most promising young athletes.

Every single athlete supported by the GoSports Foundation has a unique story to tell. Our athletes' achievements and their personal development reassure us that our efforts are not only meaningful, but are necessary as our nation takes its strides forward.

We believe that by supporting the development of Indian athletes who demonstrate world-class potential, we not only increase India's chances of winning medals on the world stage, but also create a potent tool to empower these athletes to create circles of excellence around them and within their communities. We believe that sport has the capacity to strengthen the moral fibre of our nation.

"Sports as a national project is an idea whose time has come."

Report this project to Ketto
Contact Campaigner
Feel free to ask GoSports Foundation for a new update on this Fundraiser.
Ask for Update 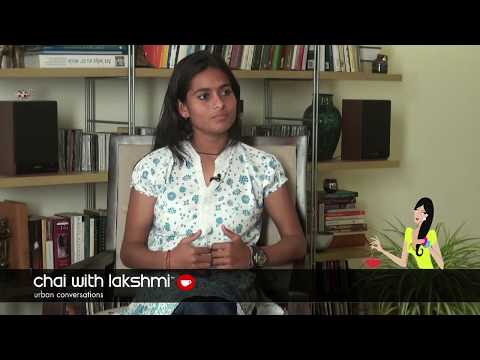 Rajni Jha, a girl from Gwalior was afflicted with Polio which threatened not only her ability to walk, but her very life. Most people would have given up and led a desolate life, but not Rajni Jha. This young woman decided to turn her disability into an asset. She started competing in swimming, made huge strides in national circuits and even made her mark at the international level.

Hailing from a family of modest means in Gwalior, Rajni’s talent was spotted by the GoSports Foundation (GSF) in 2012. Her enthusiasm and determination to succeed in her chosen path has helped her become one of India’s best para-swimmers.

She was conferred the Ekalavya award (the most prestigious sporting award for athletes at the state level) by the Chief Minister of Madhya Pradesh in 2007. This honour has motivated her to work harder to achieve her goal of competing in the 2016 Rio Paralympics. So far, she has won 4 gold and 1 bronze at IWAS World games, Bangalore, 2009; 3 gold and 1 bronze at the National Para Swimming Championships, Chennai, 2012; and 2 gold, 1 silver and 1 bronze at the National Para-Swimming Championships, Bangalore, 2013.

Rajni Jha aspires to qualify and put up a great show at the 2014 Asian Para Games in Incheon, Korea, scheduled to be held in October 2014. To realise Rajni’s dream of winning a medal, she seeks your support. Would you like to make a difference to Rajni’s life? Would you like to lend a hand to Indian sports? Pledge your support to help her achieve glory for India!

Here’s an opportunity for you to make a difference in the life of Rajni. Support her and help her win more laurels for our country. Who knows, your support today might help Rajni win a medal for India at Rio Paralympics 2016!

Other Ways to Support

There are multiple ways in which you can support Rajni. In addition to making a donation, you can also encourage your family, friends, and colleagues to contribute in her success.

Send an email to your family and friends, and tell them how you have made a difference in a young sportswoman's life.

Share it with your group of friends on WhatsApp, and encourage them to get on Rajni’s team!

Have a question? If the info above doesn't help, you can check out our FAQs page.

Scan the QR code from the app and make payment

I could really use your help right now.
You can help me with a contribution as small as

No, Thanks!
Sure I'll help Your Supporting Fundraiser is now live!

from where you left off?
Continue Editing Draft Fundraiser